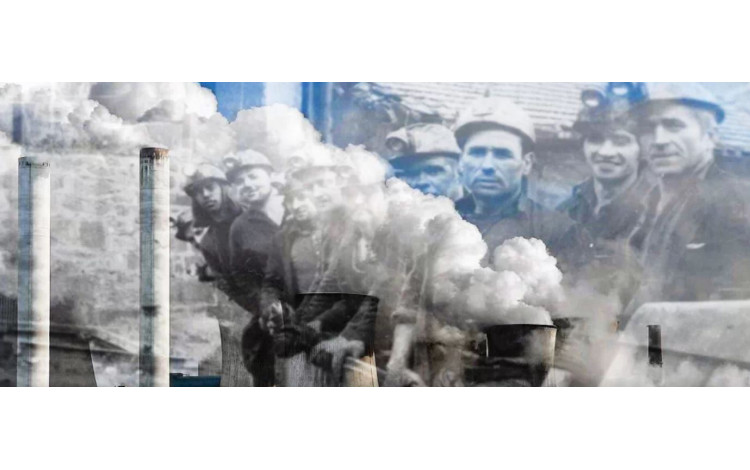 The return of coal: the crisis and the war push world consumption

Christmas 2018 was the official farewell to the long mining tradition of Asturias that marked the history of the community for almost two centuries. Without much fuss, the exploitation of coal was reduced to Pozo Nicolasa, due to its proximity to the Lavadero del Batán and to partially feed the La Pereda thermal plant. But those dates also marked the beginning of the end of the Asturias plants that began their countdown to definitive closure, and not without controversy: Lada in Langreo, owned by Iberdrola, and Soto de la Barca, in Tineo, owned by Naturgy set its closure on the calendar without clearly setting an industrial and employment alternative. In the new 2019, decarbonization was an essential commitment of the European Commission and steps and incentives were accelerated to abandon one of the most polluting energy sources as soon as possible. And then a pandemic broke out and then a war that put a good part of the economy of European countries on the ropes.

And so, also without much fanfare, coal has returned to the world economy. In an extensive report, the specialized publication Bloomberg gives an account of the growth in consumption and prices on a global scale: in 2021 electricity from burning coal grew by 9% compared to the previous year according to the International Energy Agency, which expects a growth of 2% for this year and the next two. Coal revives in the United States, China plans to reopen mines and South Africa increases its exports.

The political objectives, encouraged by the urgency of global warming with enormous ecological and social implications, suddenly seem to be overtaken by successive crises that have put more immediate economic interests above them and also in Europe.

Thus, if Germany is already facing an intense debate about its dependence on Russian gas (and the implications that all this has for the financing of the invasion of Ukraine), the German country seems to be looking at coal again. This has been explicitly stated by the head of energy for the Land of Lower Saxony, Olaf Lies, who declared that in the replacement of Russian gas "coal will play a crucial role". And it is not the only one, Germany is already rethinking which thermal power plants with an expiration date will have to extend it over time based on the consequences of the war crisis and the president of the Federal Energy Agency, Klaus Müller, was quoted to indicate that "We will see which power plants should actually remain in reserve or which can be released from reserve so that we also realize security of supply through coal-fired power plants."

Not far away in Denmark, the Orsted A/S biomass power plant has increased its supply of coal because the war has disrupted the traffic in the wood materials it used for fuel; According to Bloomberg, also in Great Britain they are beginning to consider keeping Drax Group´s coal units open as a strategic security reinforcement.

Nothing was normal in 2020, a year marked by lockdowns and an unprecedented slowdown in the economy. In 2021, coal consumption grew in Europe by 12%, in the United States even more, up to 17%, at a time, before the war, of reconstruction of the economy. But the truth is that it is in Asia at a global level where coal consumption has skyrocketed. Already in 2020, Japan announced its intention to open up to 22 thermal power plants in 17 different locations throughout the country in the next five years. But the big focus is on China.

The economic magazine points out that coal mining is reviving strongly in the Asian giant and has been “a Beijing obsession since fuel shortages caused widespread power cuts last year. The nation mines half of the world´s coal, and production has been surging just as a recent new wave of pandemic lockdowns slowed economic activity and curbed energy demand."

But the Asturias coal can not return, it is unfeasible. The closed thermal power plants cannot reopen, nor can the galleries of the closed mines. On the medium and long term horizon, the community has pinned its hopes on green hydrogen. The Principality will host HyDeal Spain, an initiative promoted by ArcelorMittal, Enagás, Grupo Fertiberia and DH2 Energy, which aspires to become the largest renewable hydrogen gigaproject on a global scale. Its first stage will be to supply the plant that Fertiberia has in Avilés, as well as those of ArcelorMittal in this same town and in Gijón. They will be the big buyers of green hydrogen, among the projects mentioned that will be developed in Asturias are the production of green steel, green ammonia, green fertilizers "and other low-carbon industrial and energy products, positioning themselves as European leaders in their respective markets" ; according to the consortium.