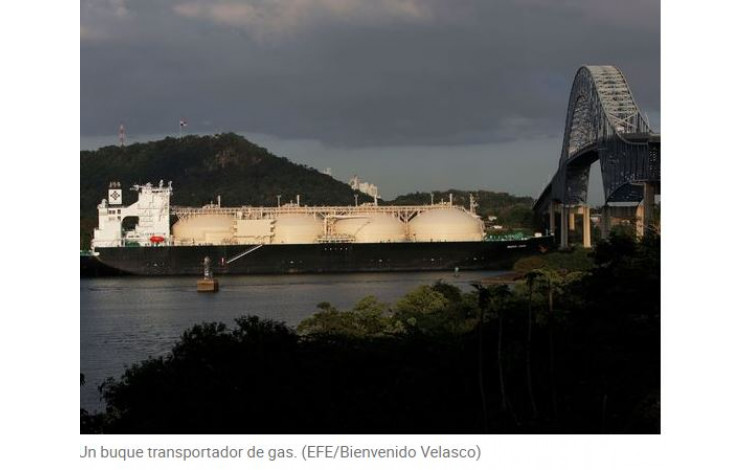 The gas warehouses are full due to the excess supply of the EU countries, which are trying to ensure the supply to face the winter, in a scenario marked by the restriction of Russian exports. In fact, according to the Reuters agency, dozens of ships loaded with Liquefied Natural Gas (LNG) are queuing off European coasts without being able to unload. More specifically, there would be 35 boats sailing along the Spanish coasts and near the Mediterranean.

According to the agency, there would also be more ships full of LNG anchored off the coasts of other European countries, which would mean that the number of ships loaded with LNG to supply the region rises by several dozen more.

This situation occurs after Russia progressively restricted its shipments of hydrocarbons to Europe due to Western sanctions and its position with the war in Ukraine, and has forced the EU to replenish itself with alternative supplies to get through the winter, which generates now a bottleneck in the gas market and has caused countries to reduce their demand.

Thus, the national gas operator in Spain, Enagás, explained late on Monday that it might have to reject LNG discharges due to excess capacity at its terminals.

Meanwhile, raw materials are seeing their price reduced, with electricity reaching a minimum since the Iberian exception came into force, the mechanism with which Spain and Portugal ran into energy prices.

For its part, the organized gas market in Spain, operated by the MIBGAS company, has lowered its price by around 38% and leaves the cost of hydrocarbons for Spain and Portugal at around 38 euros. Already at the end of July, the price of gas for Spain and Portugal was for the first time below the price of gas in the reference market in Europe TTF and, since the end of August, the price for the Iberian market has plummeted more of 80%.

Thus, the megawatt hour of the raw material is below 40 euros in Spain and Portugal, its lowest price in 15 months, and could cancel the price adjustment mechanism known as the Iberian exception. The gas cap came into force on June 15 and has a reference cap of 40 euros in the first six months, and then goes up about 5 euros per month until reaching approximately 70 euros by May 2023.

This means that if the price in the Iberian market falls below those 40 euros, the cap mechanism could be annulled. According to data provided by MIBGAS itself, this company was already negotiating 32% of the national demand in April and, during the months of June, July and August, it has broken its historical records. According to the company itself, this September already negotiated 55% of the Iberian demand, that is, more than half of the total demand.

This process of lowering prices is also affecting TTF, which fell 10.8% this Tuesday and continued its decline of more than 60% from its maximum, paying 111.5 euros per megawatt hour which, although far from the 346 euros at the end August, is still above the 89 at which the megawatt hour was exchanged in the same period last year.

These movements in the gas markets take place a few days before the next EU summit, on 20-21 this month, in which the countries intend to apply a new package of measures that will further lower the price and reassure households and companies on energy consumption for this winter.