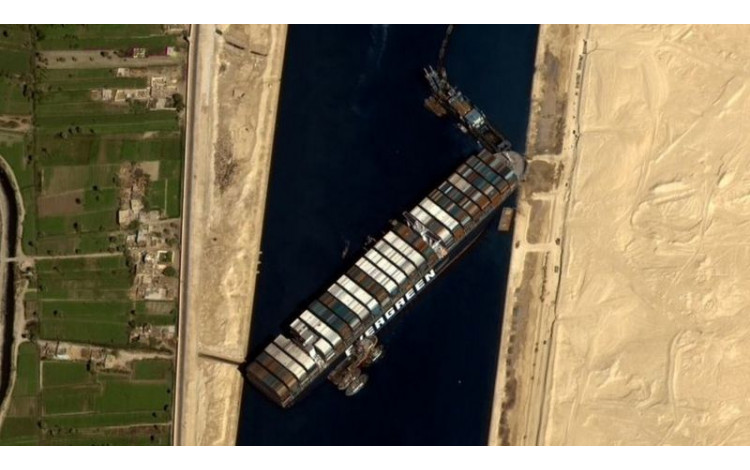 Suez Canal: How much has the blockade cost so far?

Being one of the main economic arteries in the world - through which more than 12% of total trade passes - its stagnation has brought a series of consequences that will end up affecting the pockets of millions of people.

It is estimated that at least 369 vessels were waiting to pass, including container freighters and oil and natural gas tankers.

The situation has caused great concern and frustration in the shipping industry.

How much has the blockade cost?

Almost two million barrels of oil and approximately 8% of liquefied natural gas pass through the Suez Canal each day.

This causes a strong impact on the price of these products. In fact, on the day of the suspension of canal traffic, world oil prices rose more than 6%.

Osama Rabie, head of the Suez Canal Authority, said that the grounding of the freighter was hitting the canal heavily, costing it between US $ 14 and US $ 15 million for each day of blockade.

The canal is a key source of income for Egypt. Until before the pandemic, the trade that passed through here contributed to 2% of the country´s GDP.

On the other hand, Ever Given has retained an estimated trade of US $ 9.6 billion each day. That works out to $ 400 million and 3.3 million tons of cargo per hour