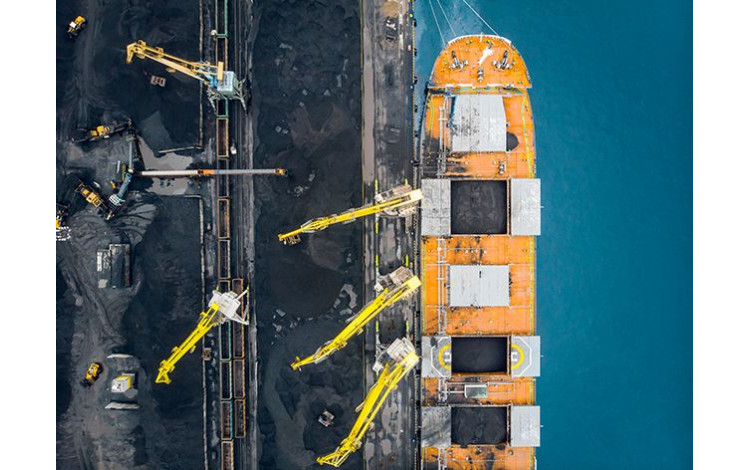 On August 10, the European Union´s ban on importing coal from Russia came into force, within the sanctions imposed on this country for the invasion of Ukraine. Two months later, according to a recent BIMCO market report, Russian exports of this raw material are down 7% year-on-year and 5% year-to-date.

Russia is looking for alternative destinations for its coal, which has caused that, despite the fall in exports, there has been a notable increase in the demand for maritime transport in terms of tons mile of almost 30% in these two months and a half. Since the EU´s April announcement of sanctions on Russian coal, the average mileage of Russian coal exports has increased by almost 50%, or about 1,250 miles.

According to Filipe Gouveia, maritime transport analyst at BIMCO, “it has been the largest ships that have experienced the greatest increase in ton miles after the ban, partly due to the increase in Indian imports of coal from Russia, more cheap". India increased imports this summer due to a growth in energy demand and the low level of its stocks of said raw material. The size of these capesize bulk carriers, coming from Black Sea, Baltic and Arctic ports, does not allow them to navigate the Suez Canal and they are forced to circle the entire African continent on their voyages, adds Gouveia.

So far in 2022, China remains the largest buyer of Russian coal, accounting for 22.6% of total Chinese imports of this energy source. These imports from Russia have grown by 3.5% so far this year - probably due to low prices - despite the fact that total Chinese coal imports fell by 25.7% in that period.

Gouveia foresees a maintenance of the demand for the transport of Russian coal to China for the panamax and supramax ships. However, China´s ambitious goal of extracting its own coal and growing investments in renewable energy could dampen the appetite for these imports. "In the first eight months of 2022, coal extraction increased by 13.8%, while electricity production from renewable energies increased by 16.7%", concludes Gouveia.