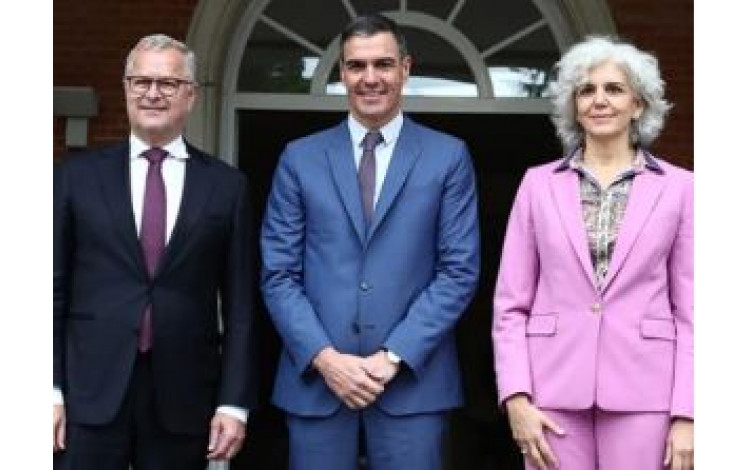 Maersk and the Government of Spain signed a General Collaboration Protocol to explore opportunities for large-scale green fuel production in Spain. The signing of the Protocol marks a significant milestone in the collaboration that, if fully implemented, could deliver up to 2,000. tons of green fuels per year.

The project aims to explore how to cover the full value viability chain from renewable energy sources to ship bunkering.

“We are experiencing a climate emergency and we need to rapidly accelerate the availability of future green fuels. We are very pleased to explore green fuels opportunities with the Spanish government, as the country has key features to help solve this challenge with its grand hydrogen ambitions and ambitious sustainability goals. At the same time, Spain encompasses important renewable maritime resources and is located along key routes, said Soren Skou, CEO of Maersk.

The parties are reviewing production opportunities in the Andalusia and Galicia regions. The project has an estimated overall potential to generate up to around 85,000 jobs, including temporary and construction jobs.

“This project is perfectly aligned with the Spanish strategy of reindustrialization, fair transition and the green hydrogen roadmap, advancing in the fulfillment of the common commitment to decarbonization of the European Union. It will also strengthen economic, political and commercial ties with Denmark, a partner and friend in the EU”, highlighted Pedro Sánchez, President of the Government of Spain.

The availability of green energy and fuels in sufficient quantities and at competitive price levels remains the main challenge for the decarbonisation of global shipping.

Only Maersk needs about 6 thousand. tons of green methanol per year to reach its 2030 fleet emissions goal and even higher amounts by 2040 to bring its fleet to net zero.

“Operating a large fleet of container ships, we are part of the climate problem, and we have decided to take an active part in shaping the solutions to ensure a green and fair transition, allowing the global shipping industry to comply with the Paris Agreement. and Maersk to achieve their goal of net-zero emissions by 2040. To achieve our goals, we need to collaborate with partners who are actively seeking green solutions for the future.” Enriqueta Hallberg, CEO Fleet & Strategic Brands, Maersk.

The 19 vessels capable of running on green methanol that Maersk will put into operation during 2023-2025 will require approx. 750,000 tons of green methanol. In early 2022, Maersk announced a total of seven strategic partnerships to secure the necessary volumes to meet the demands of these initial vessels.

Taken out of: Mundo Marítimo