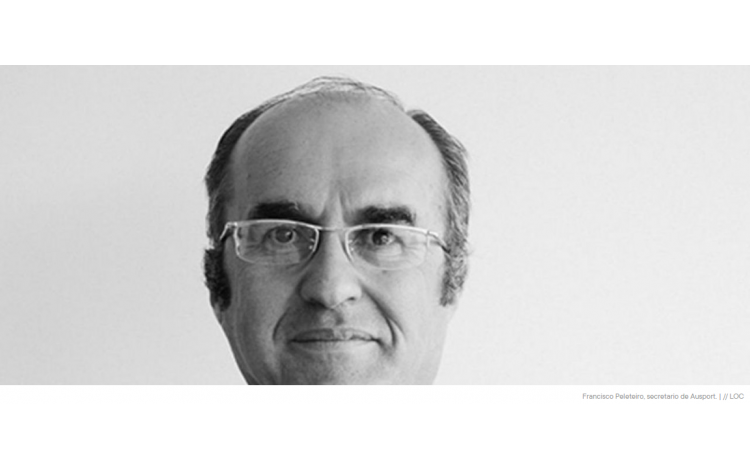 SECRETARY OF THE ASSOCIATION OF USERS OF THE PORT OF A CORUÑA (AUSPORT) Francisco Peleteiro: "The outer port has attracted new traffic and operations that would have been impossible"

In the ten years that have passed since Punta Langosteira started up, many things have changed. The secretary of the Association of Users of the Port of A Coruña (Ausport), Francisco Peleteiro, sums up this decade, speaking of objectives achieved and future challenges.

How would you summarize these ten years that have passed since the first operation carried out in the Langosteira dock?

There is no doubt that it has been an extraordinary investment. I was very critical, and I still am, I don´t know if the outer port is necessary or not, but the truth is that thanks to it a lot of new traffic has been captured and operations are being carried out that otherwise would have been impossible in In Coruña, I am not only talking about maritime issues, but about industrial production such as the concrete caissons that are being built for many different ports around the world. Also the heavy-lifts, those boats that submerge and embark others on top. That could never have been done in the inner harbor. From that point of view, it has shown itself to be an extraordinary opportunity, it is an installation of an impressive magnitude that has to give much more of itself, but, for now, it has been fulfilling, I don´t know if all the expectations, but quite a lot. It has also meant that many consignees have opened new facilities in Langosteira. I believe that the real change is going to be noticed as soon as Repsol goes there. It will be fundamental, both for Langosteira, as well as for the city, as well as for the inner port.

Do you give the same importance to the activity of the inner port?

Yes. Under no circumstances can this mean that the inner port loses its meaning. There are many things that have to stay in the inner port, where there are many companies still working. All administrations are interested in that. A small workshop or a small fish trader is never going to go to the outer port. They generate four or five jobs that go unnoticed, but added together they are many.

Do both ports have to complement each other?

Totally. For example, it is impossible for fishing, cruise ship traffic or even container traffic to go to the outer port, which we hope to recover one day. Those clean traffics that generate a lot of activity will remain in the inner port. I don´t see a cruise ship going to Langosteira. The success of A Coruña is that the cruise ship docks in the center of the city. Fishing in A Coruña needs to be close to the Lonja and it has a dock, the Oza dock, dedicated to it, and I think it´s magnificent. For container traffic, which hopefully will recover, we have a dock like the Centenario that I don´t think will ever be urbanized and could be a perfect location for clean traffic that generates a lot of activity. On the other hand, the city has benefited from Langosteira. There were neighborhood complaints years ago for certain discharges, such as soybeans and coal. All of that is now done in the outer port and no one is bothered. When Repsol moves, traffic will even increase. What it does suppose is a very great effort for all the services.

What do you mean?

Well, it is an effort for all the services, but above all the port services. Suddenly, almost two different ports have to be served. I am thinking of tugboats, moorers or pilots. There is not enough traffic to keep a company on one site and another company on another, therefore efforts have to be multiplied in terms of work. In any case, I think the completion of the hammer, of the counter-dam has meant a lot... It has nothing to do with what Langosteira was going to be a few years ago. The waters are calm and it is a completely safe port. Fortunately, that fear that we all had of being exposed to possible closures and extraordinary waves has not occurred and will not occur. And if it happens, it can happen in any port.

A decade ago there were different expectations about the outer port. Regardless of whether or not they have been met, have the objectives changed?

Indeed, they changed. The best proof is in alternative, renewable energies. Ten years ago, at least I had not thought about an ammonia plant and that it would have extraordinary, very positive environmental consequences. We would not have thought of installing wind turbines. That is going to be the line to be followed in all ports, just as the energy market is taking its course. There A Coruña can be very well positioned. Ten years ago, expectations were more about a greater availability of energy based solely on fossil energy, coal and oil. However, Langosteira has managed to join the Green Ports and the association of ports that intend to develop renewable energies.

What are the future challenges?

I think that the most immediate thing and the one that will be most noticeable at the city level is the transfer of the Repsol refinery. I suppose that this will also mean that the land of the pipeline is recovered, that it becomes a green corridor or similar. I want to think that in the future the Morás industrial estate is going to be a very important support for Langosteira. International companies are going to value the land between the outer port and Morás, not only as port land but also where to produce, where to have energy plants or to build any equipment necessary for alternative energies. What would be fantastic, which no longer depends only on the port of A Coruña, is that it were a port from which feeder transport could be carried out, the large container ships could unload here to make the transfer to other ports from here. Something like what Rotterdam does, but there we have a problem, because we are not geographically located as well as Rotterdam is. The train will also be an extraordinary step. In these ten years progress has been made, but with the project halfway done. The rail link was missing, the refinery was to be moved, and road access through the tunnels was inaugurated not so long ago.

Repsol plans to move at the end of this year. Will 2023 be key for Langosteira?

I think it will be a very important year. I can´t comment on dates. The port is always in the news, but in the last year and a half, I believe that both Langosteira and the possible reconversion of the city´s coastline have become a permanent element in the media and in the conversations of citizens. It is an important step that will change the appearance of the city and the activity of the port.

You can´t talk about the port without mentioning the debt. What does this mean?

That is an internal matter of the Port Authority. I believe that Puertos del Estado is an entity that is always willing to help. Its current managers know the port of A Coruña and Langosteira extraordinarily well. I am convinced that they will help. There, the harmony between the Port of A Coruña and Puertos del Estado is fundamental. Debt is, logically, a backpack, but it is not something that should be the main concern. The activity should be more important and that things go well, surely the debt will be paid. You have to think that it is more investment than debt.

General fair for products, services, tourism, commerce, restaurants, etc., visited by more than 700,000 people, accredited through an audit commissioned by the AFE (Association of Spanish Fairs). Meeting point of the Gijón summer, coinciding with the city´s big week.