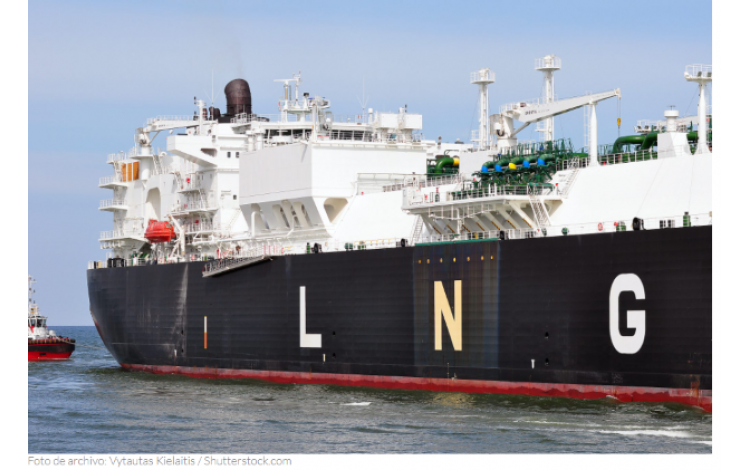 By Marianna Parraga (Reuters) – U.S. exports of liquefied natural gas (LNG) fell for a second consecutive month in July, weighed down by the processing halt at a fire-hit Texas plant, but Europe took a bigger slice of overall shipments, Refinitiv Eikon data showed on Monday.

Second-largest U.S. exporter Freeport LNG expects to return to partial service on Oct. 22, but its temporary closure has cut U.S. gas exports by about 1.9 billion cubic feet per day.

The fire has limited U.S. LNG exports amid strong demand in Europe, where buyers are seeking to replace Russian supplies. Prices last week rose to $57 per million British thermal units, up from $33 per million BTUs in March. The high prices have curbed demand from Asia and Latin America.

In July, 86 cargoes departed from U.S. ports carrying a total of 6.12 million tonnes of LNG, below the prior month’s 6.3 million tonnes and the lowest exports since September, according to the Eikon data, based on preliminary tanker tracking.

Cargoes heading to Europe climbed to almost 3.9 million tonnes – or 63% of the total – from 3.5 million in June, while shipments to Asian and Latin Americas clients fell, the data showed.

Confusion over Russian gas flows as Moscow insists on changes to payment methods, and the potential for new disruptions, are driving some analysts to say prices may yet reach new highs.

A month ago, President Vladimir Putin seized full control of Sakhalin-2 in Russia’s Far East, one of the world’s largest LNG projects, a move that could force out Shell Plc and Japanese investors.

The U.S. government is trying to fulfill a promise to European leaders that the world’s top LNG exporter through June will help secure supplies of the supercooled gas.

“With the uncertainty of Russian gas supply and resistance from some EU members towards gas consumption cuts, more U.S. LNG exports are expected to flow to Europe, although a downside is expected during the U.S. hurricane season,” Rystad analyst Karolina Siemieniuk said in a note last week.

Safeguard the oceans for the future

The representatives of the International Maritime Organization (IMO) at the United Nations Conference on the Oceans, to be held in Lisbon (Portugal) from June 27 to July 1, 2022, have highlighted the Organization´s permanent commitment to the conservation of the world´s oceans and the fight against climate change.