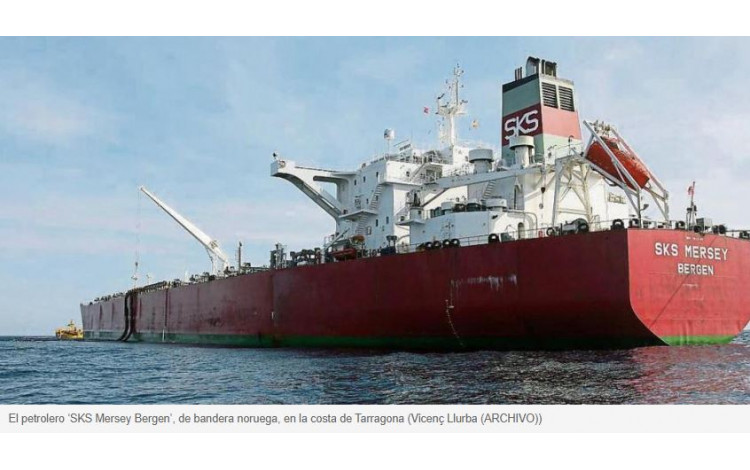 Ships must use fuel five times cleaner in the Mediterranean

The International Maritime Organization (IMO) plans to approve next June a proposal to designate the Mediterranean as a control area for sulfur oxide (SOx) emissions. In this way, the ships that navigate this sea should reduce five times the sulfur pollution from the burning of their fuel. The proposal has the endorsement of all the coastal countries that are members of the Barcelona Convention (agreement aimed at preventing pollution from ships and protecting the marine environment).

The creation of marine protected atmosphere areas already has precedents in the Baltic Sea, the North Sea or in North America. The IMO anticipates that this measure would enter into force in 2025.

Pollution not only occurs in ports and coasts, but also reaches inland

The creation of these emission control areas (ECAs) for SOx in the Mediterranean will mean that the fuel used in ships should have a maximum of 0.1% sulfur in the fuel used, instead of the 0.5% that applies from the year 2020. Until 2020, the fuel could emit up to 3.5% sulfur.

The agreement will mean that refineries should make low-sulfur fuel available to ships, while ships entering the Mediterranean must use cleaner fuel or be equipped with devices or filters to prevent these emissions into the air.

Conservation groups have long called for the expansion of these emission control areas. "Experience with ECAs in the Baltic, North America and the Caribbean has already shown the significant improvements that this measure brings to air quality at the local and regional level," says the Clean Shipping Coalition.

And now, for the NOx

Air pollution from ships is produced not only in the Mediterranean ports and coasts, but is also transported hundreds of kilometers inland, so the benefits of this measure for health and the environment will be appreciated everywhere. .

Meanwhile, various conservation organizations have asked the countries bordering the Mediterranean, members of the Barcelona Convention, to accelerate in 2022 and 2023 the preparatory work to implement an area to reduce emissions of nitrogen oxides (NOx), the other great pollutant from ships.

It is estimated that a combined SOx and NOx ECA in the Mediterranean could prevent between 3,100 and 4,100 premature deaths per year by 2030, says Carlos Bravo, spokesman for Transport and Environment (T&E).

Control areas in the Northeast Atlantic

In parallel, this same entity requests that Spain support and promote before the IMO the creation of an emission control area, both for SOx and NOx, in the waters of the Northeast Atlantic (Spain, Portugal, France, Ireland and Great Britain ).

The EU has the opportunity in the coming months (in the negotiation on various regulations on maritime transport) to accelerate the decarbonisation of this sector. T&E calls in this regard for a rapid deployment of zero-emission ecological fuels in shipping (green hydrogen and its derivatives).

It calls for an ambitious mandatory target to be put in place for the use of environmentally friendly fuels based on green hydrogen by 2030, and to provide sufficient economic incentives to companies that use them.

Likewise, it deems it necessary to adopt legal and economic measures to increase energy efficiency in new ship designs, as well as in their engines, to reduce greenhouse gas emissions, atmospheric pollutants and underwater noise.