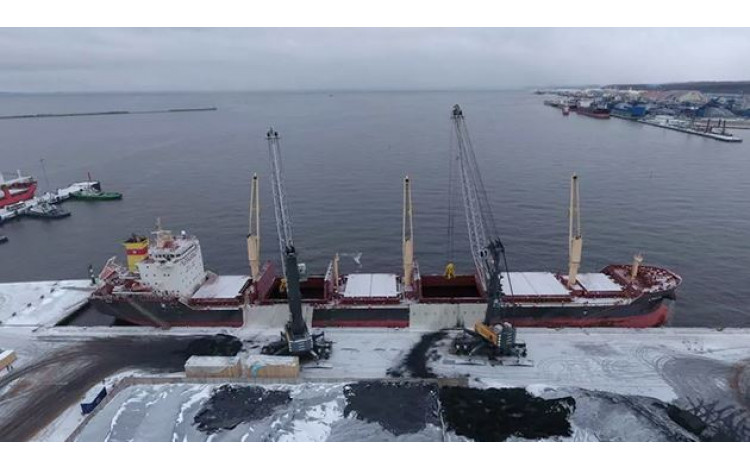 Bulk carriers suffering from declining Chinese demand for iron ore have found an alternative in transporting coal, as the global energy crisis fuels a greater need for this raw material, according to the Bloomberg economic portal.

Demand for iron ore shipping has fallen, according to Clarksons, by 2% between January and October, compared to the same period in 2021, which is leading larger bulk carriers to reposition towards coal routes very unusual—from Russia to China and from Australia to Europe, for example—to improve revenue. According to Bloomberg, "this change comes at a time when the growing crisis in the Chinese real estate market is diluting hopes of a recovery in demand for iron ore in this country." Meanwhile, coal has experienced a resurgence, after international sanctions imposed on Russia over the invasion of Ukraine forced it to seek alternatives to Russian gas.

In a normal market situation, owners of capesize vessels (more than 150,000 dwt) would reject coal loads in Russian ports such as Ust Luga, in the Baltic Sea, due to their shallow draft, which does not allow larger size can be fully charged and only admit a partial charge. However, according to Harry Grimes, an analyst at Arrow Shipbroking Group, around 33 capesize bulk carriers have called at the Russian port this year compared to only one vessel registered between 2015 and 2021.

Transport from Australia to Europe, which seeks to replace imports of Russian coal, has also increased. According to Ulf Bergman, a senior economist at Shipfix, a total of 26 voyages were recorded in September, the highest number in a month since 2017, the year the company began collecting data. “Most of these shipments were in capesize vessels, which has offset some of the negative effects of lower iron ore demand,” Bergman said.

Capesize and panamax vessels moved about 20 million tons (Mt) more of coal in the first 10 months of this year than in the same period of 2021, while they transported 18 Mt less of iron ore

However, this transfer of vessels from iron ore to coal transport has not rescued shipowners from the effects of China´s economic slowdown. The Baltic Dry Index has fallen by 50% compared to the values ​​it registered a year ago, following the dismal performance of freight levels for the transport of iron ore and the sharp #####in Chinese coal imports (16% in the first 10 months of the year compared to the same period of the previous year), which absorbs the increase registered in Europe and other countries in the world.

In the short term, China´s ´zero COVID´ policy is expected to continue to complicate the development of construction projects in that country, which will weigh on iron ore demand and freight rates. For John Kartsonas, founder of commodity investment firm Breakwave Advisors LLC, "Shipping desperately needs a healthy Chinese real estate market and until it recovers freight rates will remain vulnerable."